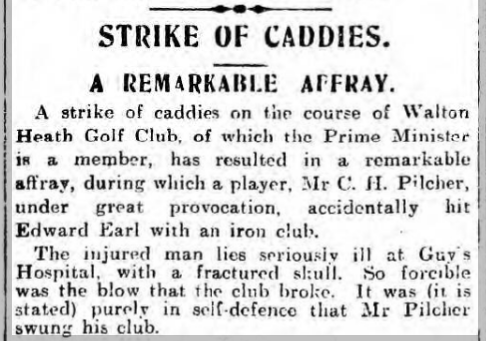 A strike of caddies on the course of Walton Heath Golf Club, of which the Prime Minister is a member, has resulted in a remarkable affray, during which a player, Mr. C. H. Pilcher, under great provocation, accidentally hit Edward Earl with an iron club. The injured man lies seriously ill at Guy’s Hospital, with a fractured skull. So forcible was the blow that the club broke. It was (it is stated) purely in self-defense that Mr. Pilcher swung his club.