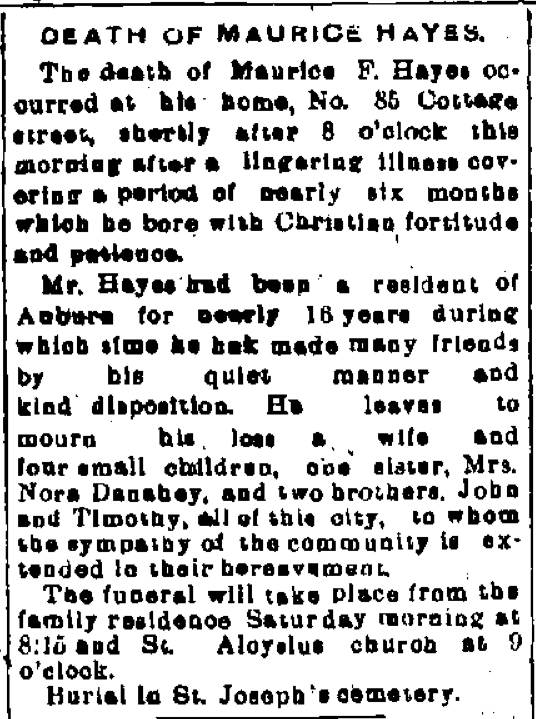 DEATH OF MAURICE HAYES
The death of Maurice F. Hayes occurred at his home, No. 85 Cottage street, shortly after 8 o’clock this morning after a lingering illness covering a period of nearly six months which he bore with Christian fortitude and patience.
Mr. Hayes had been a resident of Auburn for nearly 16 years during which time he had made many friends by his quiet manner and kind disposition. He leaves to mourn his loss a wife and four small children, one sister, Mrs. Nora Danahey, and two brothers, John and Timothy, all of this city, to whom the sympathy of the community is extended in their bereavement.
The funeral will take place from the family residence Saturday morning at 8:15 and St. Aloysius church at 9 o’clock.
Burial in St. Joseph’s Cemetery. — Auburn NY Daily Bulletin, 23 Apr 1904